LONDON (Reuters) – British retail sales rose for the first time in five months in April, a leading employers’ group said on Thursday, adding to signs that consumers have recovered their appetite for spending even as the country’s Brexit impasse drags on.

The Confederation of British Industry said the later timing of Easter this year probably helped to push its monthly sales balance up to +13, meaning more retailers reported rising sales than falling sales.

The index suffered its biggest fall in 17 months in March when it sank to -18.

Economists polled by Reuters had expected a reading of zero for April.

“It’s encouraging to see retailers with more of a spring in their step than in recent months,” Rain Newton-Smith, the CBI’s chief economist, said.

“The recent pick up in real wages is a welcome support to the sector, making the pound in people’s pockets stretch that bit further.”

But falling sales in clothing and department stores showed how tough the underlying conditions were for retailers, Newton-Smith said.

The CBI said retailers were more optimistic about sales in the month ahead than they had been in March. 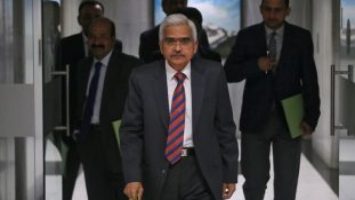