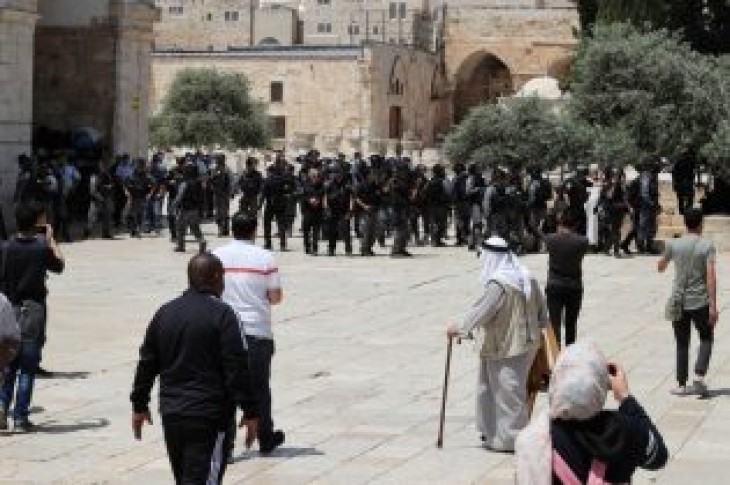 JERUSALEM (Reuters) – Hundreds of ultra-nationalist Jews guarded by riot police streamed their way into the Jerusalem compound revered both in Judaism and Islam on Sunday, resulting in violence between police and outraged Muslim worshippers.

The highly provocative visit came during the final days of the holy month of Ramadan when Muslims flock to pray at the compound’s al-Aqsa mosque, the third-holiest site in Islam where non-Muslim prayer has been banned since 1187.

Police fired tear gas and rubber-coated bullets to disperse worshippers, some of whom threw stones and chairs as the Jewish groups walked across the esplanade in front of the al-Aqsa to angry calls of ‘Allahu Akbar’ (God is great).

One Palestinian man suffered a head injury, while others were treated from gas inhalation inside the compound, a medic from the Palestinian Red Crescent said.

Revered by Jews as Temple Mount and by Muslims as the Noble Sanctuary, it is one of the most sensitive sites in the Israeli-Palestinian conflict.

The director of the al-Aqsa mosque, Sheikh Omar Al-Kiswani, said the action by the Jewish groups broke with the status quo of the Israeli authorities not allowing such visits in the last 10 days of Ramadan.

But Sunday coincided with Israel’s annual Jerusalem Day, when Jewish pilgrims, including ultra-nationalists who claim an exclusive right to what once was the site of two biblical temples, walk through the complex under heavy Israeli guard.

Kiswani said the visit of what he described as up to 800 Jewish “extremists” had not been coordinated with the Muslim authorities at the compound and accused riot police of attacking worshippers.

Israeli police said they had taken “security measures after disturbances by Arabs”.

Security at the site has been heavy since a stabbing attack in Jerusalem on Friday in which two Israelis were injured and a Palestinian teenager suspected of carrying out the assault was killed by Israeli forces.

On Friday, tens of thousands of Muslims attended prayers at al-Aqsa mosque, hearing a message of defiance against Israeli control of the venue.

Israel claims all of Jerusalem, including the eastern sector captured in the 1967 conflict, as its capital. Palestinians want East Jerusalem to be the capital of the state they seek in the occupied West Bank and Gaza.

Peace talks between Israel and the Palestinians collapsed in 2014 and both sides are still awaiting a promised peace proposal from U.S. President Donald Trump that he has termed the “deal of the century”.

Palestinians have boycotted the Trump administration since it broke with decades of U.S. policy and international consensus by recognizing Jerusalem as Israel’s capital in 2017. They fear the Trump plan will fall short of their core statehood demand. 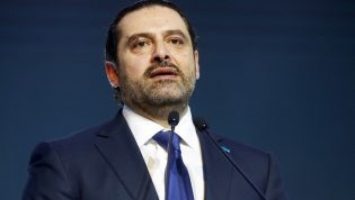 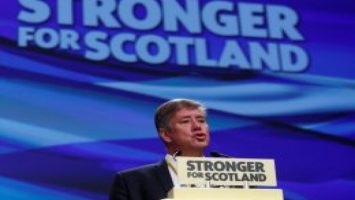