Nicholas Maduro’s government in Venezuela is going through tough times. In the midst of shockingly high inflation levels, the US has imposed new sanctions on the country’s state-backed oil firm PDVSA and has urged the country’s military to help with the peaceful transfer of power.

The PDVSA was set to present Petro, Venezuela’s state-backed cryptocurrency to OPEC in 2019 as a unit of account for oil.

US national security adviser John Bolton noted that Maduro could “no longer loot the assets of the Venezuelan people,” as reported by the BBC.

He said this while the opposition is doubling down on its efforts to sideline Maduro.

Recently, the opposition leader Juan Guaido has been recognized as the interim president by the US and over 20 countries.

US treasury secretary Steven Mnuchin also said that the company could avoid sanctions if they recognize Guaido as president or they will withhold the payments from purchases their oil.

Note that Venezuela relies extensively on the US for its revenue, which accounts for 41% of its oil export s.

Maduro later said that PDVSA should launch “political and legal action, in US and international courts” to protect Citgo, its US subsidiary.

Guaido, on the other hand, will ask the Venezuelan Congress to name new heads for both Citgo and the PDVSA.

Petro is the state-backed cryptocurrency launched by the Maduro government last year.

Maduro said that each unit of Petro was linked to a barrel of oil in the country’s oilfields.

PDVSA was instrumental in pushing for Petro adoption in OPEC countries.

In November last year, the company announced that it would present Petro in 2019 to the Organization of Petroleum Exporting Countries (OPEC) as a unit of account for oil.

At the time, the country’s petroleum minister and president of PDVSA, Manuel Quevedo noted that transactions in Petro would begin “in the first semester of 2019.” 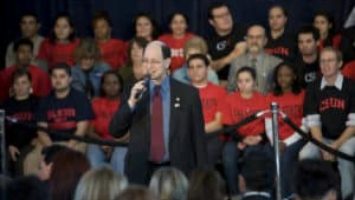 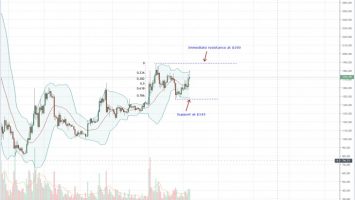