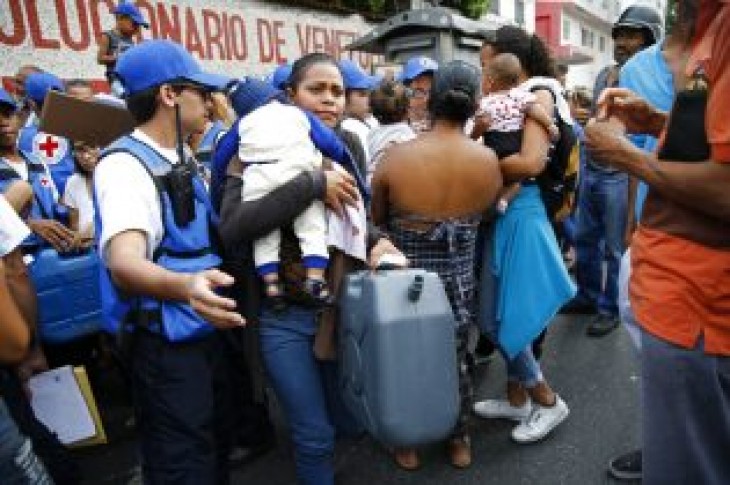 According to Venezuela’s opposition party leader, the assistance from the Red Cross is not enough to help the millions of people in need.

While speaking outside the country’s national assembly Tuesday, self-declared interim President Juan Guaido said the humanitarian aid has only reached some 25,000 people.

Venezuela’s President Nicolas Maduro allowed supplies from the Red Cross to be distributed in the impoverished country last week. While the move is a small recognition of the humanitarian crisis gripping the South American nation, Guadio said the Maduro regime’s policies are still to blame for the country’s instability.

A woman with a child carries an empty container and water purification pills that came in the first aid shipment from the International Red Cross in Caracas, Venezuela, Tuesday, April 16, 2019. The first shipment of humanitarian aid from the Red Cross arrived in Venezuela on Tuesday, delivering medicine and supplies for needy patients in a country whose president has long denied the existence of a humanitarian crisis. (AP Photo/Ariana Cubillos)

Guaido went on to say some seven million people are in need of assistance, and asked the Maduro regime to allow more humanitarian aid into the country. 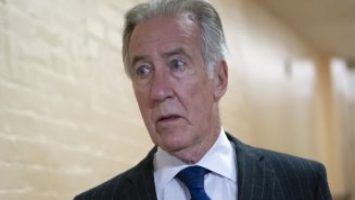 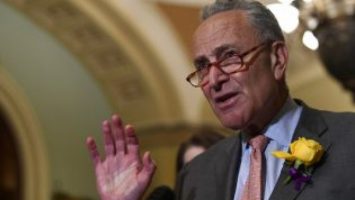