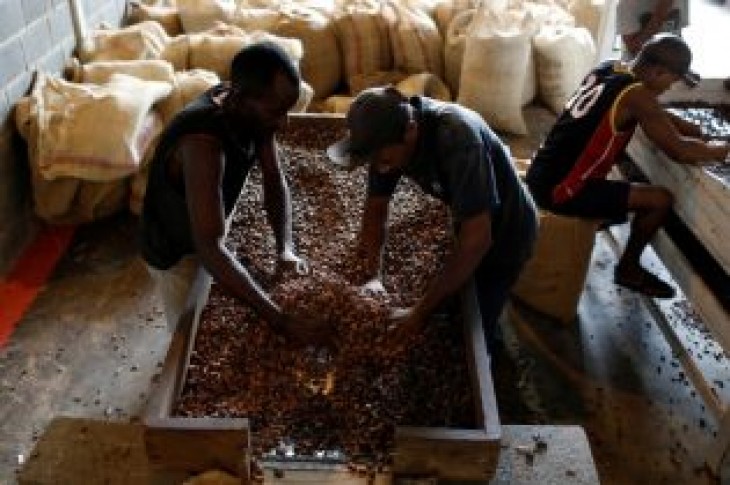 NEW YORK (Reuters) – U.S. stockpiles of Venezuelan cocoa swelled in May to levels not seen in at least five years, a Reuters analysis showed, as exporters in the crisis-hit country hit by U.S. sanctions scramble to raise cash however they can.

Venezuela is in the midst of a years-long economic and humanitarian crisis that has deepened since the United States imposed sanctions on the country’s oil industry in January as part of an effort to oust Socialist President Nicolas Maduro in favor of opposition leader Juan Guaido.

Crude oil accounts for more than 90 percent of Venezuela’s export revenues. With that key revenue stream drying up, Venezuelans are looking to get cash any way they can, including exporting cocoa – a niche business in the country, but one that is currently not subject to U.S. sanctions.

Several traders and exporters say a number of new cocoa companies have cropped up in recent years in a sector that was traditionally dominated by a handful of players.

“Many exporters in the last three years have jumped into the cocoa market as it’s one of the few commodities left to do business in,” said Alejandro Prosperi, the Carupano-based president of the country’s cocoa industry group CAPEC.

At the end of May, nearly 47,000 65-kg bags (3,055 tonnes) of cocoa from Venezuela worth an estimated $7.3 million were sitting in New York-area warehouses certified by commodity exchange ICE, out of 119,000 bags total from all origins.

The exchange is widely considered the buyer of last resort for the cocoa market, as producers and exporters generally prefer to sell into the much larger and often more lucrative cash market.

Venezuela is a relatively small producer of cocoa, making its physical dominance in U.S. ICE warehouses unusual. It only produces about 20,000 tonnes of cocoa annually, while top producer Ivory Coast has an annual output of 2 million tonnes – and just 39,000 bags of Ivorian cocoa at ICE warehouses at the end of May.

Overall global production was about 4.8 million tonnes in 2018-19, according to the International Cocoa Organization.

The cocoa in ICE warehouses originating from Venezuela was at its highest levels since at least May 2014, according to a Reuters analysis, a ninefold increase from the same month a year ago.

Overall volumes fell in early June following the expiry of the May contract, but Venezuela was still the top country of origin, with nearly 25,000 of the roughly 59,000 bags in ICE warehouses.

Officials in Maduro’s government did not respond to requests for comment.

Venezuela’s total export revenue was $35 billion in 2018, according to data from the Organization of the Petroleum Exporting Countries, and cocoa’s share of that was minimal.

Venezuelan cocoa has historically demanded high price premiums due to its high quality. But now some exporters are willing to forego these premiums in favor of quick cash.

Traders said the quality of Venezuelan beans has deteriorated in recent seasons, reducing its premium appeal.

“Two and a half years ago, I was selling Venezuelan cocoa at $1,000 over (futures) and now it’s selling at $200 under,” said one U.S. trader, citing a figure several other traders verified. On Thursday, New York cocoa futures closed at $2,427 per tonne.

Much of this deterioration is the result of the new exporters, dealers said.

“Many of them are in the military and exerting their power. They know nothing about the business itself but figure that this is a way to translate cocoa into foreign exchange,” said Jorge Redmond, president of Venezuelan chocolate manufacturer Chocolates El Rey in Caracas.

Traders said some exporters have stopped prioritizing quality while some farmers – fearing confiscation – are rushing their product to market, cutting short the important quality-enhancing practice of fermenting the beans.

The new exporters “don’t really care about putting the high-quality Venezuelan cocoa beans to the final clients. Their intention is just to convert it into dollars,” said a Venezuela-based trader. 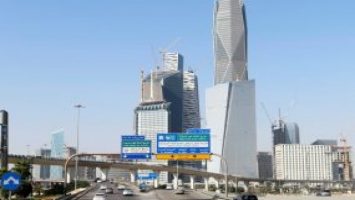