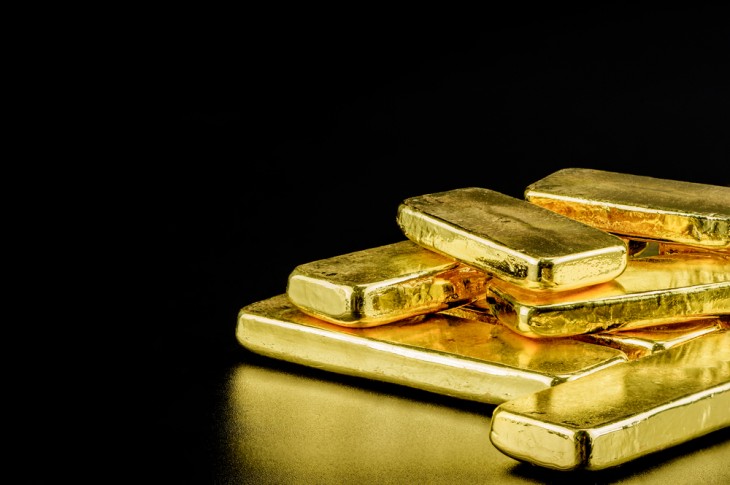 Although not particularly interesting from a short-term technical perspective – the two traders differed on which direction they thought each asset was heading – the message hinted at by one was most interesting. Bitcoin has much greater potential for gains than gold.

The Past Was Gold’s, The Future is for Bitcoin?

Bitcoin has once again become the topic of conversation on CNBC. This time, two of the network’s regular trading pundits have opined on whether they would rather hold gold or Bitcoin.

“I’d much rather be gold for a couple of reasons – the first one’s technical. When gold moved, its recent move, it broke out of a fairly severe downtrend, and I think it’s heading up to about $1,360ish.”

Gold’s place as store-of-value could be under threat from Bitcoin.

He continued, stating that gold not dropping despite the strong dollar was a good sign for the asset’s future performance.

Iuorio then turned his attention to BTC. He stated that he found it hard to believe that Bitcoin was going to head over $10,000 anytime soon. He called that price point a “line in the sand”.

The interesting part of the discussion came when Iuorio’s  counterpart, trader and investor Anthony Grisanti, got the opportunity to speak about his preferential store-of-value:

“Jimmy, I’m taking the modern currency versus the medieval currency right now, and I’ll tell you why. There has been a wider implementation of Bitcoin, the transaction has speeded up [sic.], as far as the cost has speeded up, and also the number of transactions has speeded up. Hedge funds are back in to start buying this thing, and Jimmy, when you walk into burger king, you can’t buy a Whopper with a bar of gold. You can buy it with some Bitcoin though in a little bit. I’m liking Bitcoin.”

Iuorio reminded Grisanti that you still can’t buy food from Burger King using BTC, to which he responded:

“Yeah but Jimmy, they’re going to implement that. They have no plans for implementing it for gold at this point.”

Despite the fact that the discussion was not based around any specific time frame, such potential adoption of Bitcoin surely makes it a much more appealing investment than gold in the long-term. The sheer number of developers working to improve the protocol, the fact that regulators like SEC is going after the likes of Kik rather than anyone working on Bitcoin, and the ever-increasing numbers of users and accepting merchants, all hint that Bitcoin is not only not going away but it seems increasingly likely to thrive in the future.

Iuorio had no response for such a statement and could not deny that this was indeed positive for the digital currency from an investment standpoint.

However, Grisanti wasn’t finished. He went on to state another of Bitcoin’s most alluring qualities – the fact that it is completely uncorrelated to any other asset:

This latter comment is ultimately what gives Bitcoin its most world-changing potential. No national government has any influence or control over the Bitcoin network. This makes it the most suitable asset to back a truly global financial system in which no single nation or individual needs place trust in another to devise its currency’s monetary policy. That makes Bitcoin pretty much the most exciting asset on the planet. 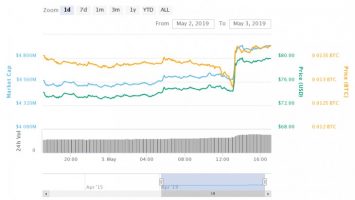