HANOI (Reuters) – A court in Vietnam sentenced a Facebook user to six years in prison on Thursday for a series of posts he made on the social media platform which the Southeast Asian country’s government said were “anti-state”.

Nguyen Ngoc Anh, 38, was accused of “making and spreading anti-state information and materials” at the one-day trial at the People’s Court of Ben Tre province in the Mekong Delta, the Vietnam News Agency said.

Anh, a shrimp farming engineer, was arrested last September after he was found writing and sharing anti-state posts and videos on his Facebook account between March and August last year, according to a police statement.

Facebook is widely used in the country and serves as the main platform for both e-commerce and dissent. In January, Vietnam accused Facebook of violating local law by allowing users to post anti-government comments.

The U.S. social media giant said in a report released last month that it increased the amount of content it restricted access to in Vietnam by over 500% in the last half of 2018. [nL4N2301UT]

Phil Robertson, deputy Asia director at Human Rights Watch, said on Wednesday that the trial was a show to “frighten others who might dare to question the government”.

“Nguyen Ngoc Anh’s only crime is to speak his mind against injustice and oppression,” Robertson said.

Anh will be placed under house arrest for five years after serving his jail term, Vietnam News Agency reported. 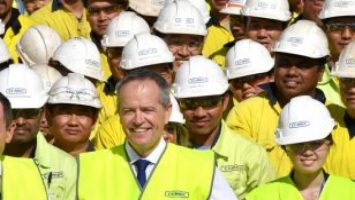