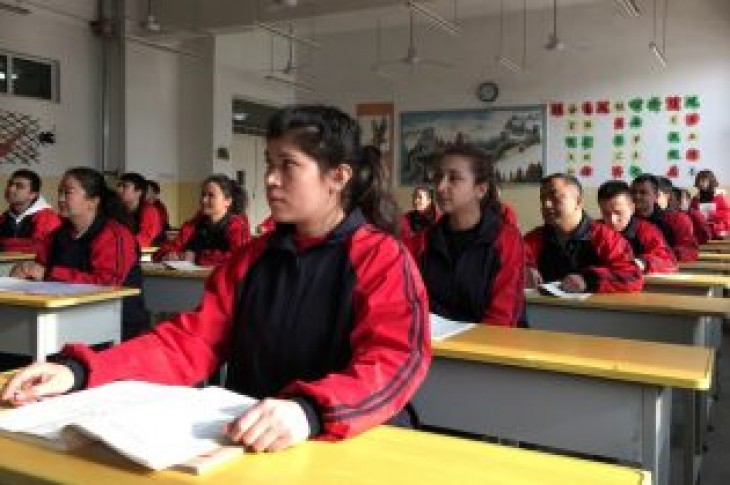 BEIJING (Reuters) – China is stepping up its diplomatic outreach over controversial camps in its heavily Muslim region of Xinjiang, inviting more foreign diplomats to visit as it seeks to head off criticism from Muslim-majority countries and at the United Nations.

Since December, China has taken at least three groups of foreign diplomats to visit to what it calls re-education and training facilities, but rights groups say are internment camps. A fourth group is scheduled to visit this month.

The country’s foreign ministry said on Saturday that Geneva-based diplomats from Pakistan, Venezuela, Cuba, Egypt, Cambodia, Russia, Senegal and Belarus were visiting Xinjiang on a trip that ended on Tuesday.

Two sources said that trip was scheduled for next week.

Officials from Myanmar, Laos, Vietnam, Russia, Hungary, Morocco, Egypt, Algeria, Saudi Arabia and Greece did not respond to requests for comment. Officials from Singapore, Bangladesh and Turkmenistan declined to comment. Cambodian officials said they were unaware of the visit.

China’s Foreign Ministry, in a faxed response to Reuters, confirmed the Xinjiang government was inviting China-based diplomats to visit in coming days, but did not give details.

“We believe this trip will help increase their understanding and knowledge of Xinjiang,” it said. “Xinjiang is open, and we believe that anyone who is unprejudiced can objectively see the success of Xinjiang’s development.”

Xinjiang officials did not respond to requests for comment.

Separately, government officials will on Friday brief foreign envoys in Beijing about the situation in Xinjiang, four of the diplomats said. China’s Foreign Ministry did not immediately respond to a request for comment on that meeting.

Diplomatic sources say China has become increasingly worried about the overseas backlash against the camps, especially threats of U.S. sanctions, and has sought to counter that with a public push for a friendlier narrative.

“They’re very rattled,” one senior diplomat, who has discussed Xinjiang with Chinese officials, told Reuters, speaking on condition of anonymity.

Muslim countries have generally held off criticizing China, at least in public.

But in February, Turkey called on China to close the camps, saying they are a “great shame for humanity,” prompting an angry reaction from Beijing.

“China does not want any other Muslim countries joining Turkey in criticizing the camps,” a second Beijing-based diplomat said.

All the diplomats who spoke to Reuters requested anonymity because they were not authorized to speak to the media.

China’s Foreign Ministry told Reuters that the country’s efforts in Xinjiang had made “positive contributions” towards regional peace and security.

“China’s relevant measures have received understanding and support from numerous Islamic countries. Terrorism is the common enemy of mankind,” the ministry said in a separate faxed statement.

The government has also taken foreign reporters to the camps, including a small group in January that included Reuters. The tightly choreographed and chaperoned visit marked the first time non-Chinese media had been given access the camps.

One is the United Nations’ Human Rights Council, which starts on Monday in Geneva; the other is the Belt and Road summit in late April in Beijing, at which leaders from several Muslim nations are expected.

This month, rights activists urged European and Muslim nations to establish a U.N. investigation into the Xinjiang camps.

Switzerland, Germany, Britain and the United States were among the most critical of China’s policies in Xinjiang at its Universal Periodic Review by the U.N. Human Rights Council in January.

Yang Shu, head of the Institute for Central Asia Studies at Lanzhou University in northwestern China, told Reuters that it was important to take foreign visitors to Xinjiang, but that the effect would probably not be obvious.

“For countries that have good relations with China and have similar problems, it is easy for both to reach consensus on the Xinjiang issue,” said Yang, an expert on security and terrorism.

“For other countries, explanations will not have much effect. The United States and other countries have been criticizing China for a long time over the Xinjiang issue, and an explanation will not change their minds,” he said. “But overall, it’s better to do it than not to do it.”

China has pointed to the lack of attacks in the two years or so since it began running the camps as evidence of their success. Hundreds of people had died during unrest there, which the government blames on separatists and Islamist extremists.

The ruling Communist Party’s official People’s Daily wrote last week, in a commentary excoriating Turkey for its criticism, that “the facts win out over oratory.”

Several Western diplomats told Reuters in recent weeks they were frustrated at Muslim countries’ unwillingness to speak out about Xinjiang.

A group of about a dozen ambassadors from Western countries wrote last year to request a meeting with Xinjiang’s top official, Communist Party chief Chen Quanguo, to discuss their concerns. No meeting has been scheduled.

The letter was circulated widely, but no Muslim country signed it, diplomats say.

Turkey’s outburst, however, has given some hope that the wider Islamic world could soon start making critical comments about Xinjiang, though Beijing-based diplomats admit this is unlikely, as many of them have human rights problems of their own. 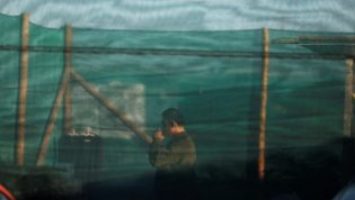 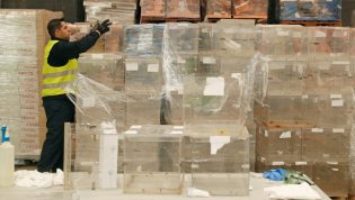