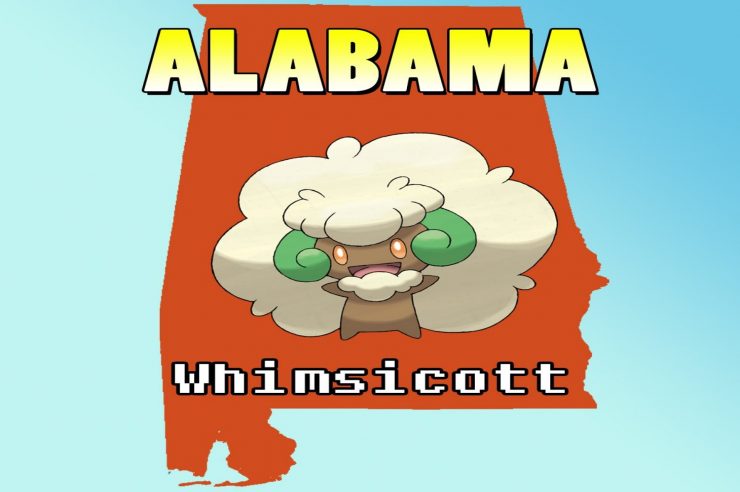 It seems nowadays that every state has an official EVERYTHING. The official state amphibian of Colorado is the Western tiger salamander, The official state beverage of Rhode Island is “coffee milk.” It’s all just a lame excuse for officials to waste taxpayer time and money when they should be allocating resources for the issues that truly matter, like WHO IS THE OFFICIAL STATE POKEMON FOR EACH STATE IN THIS GLORIOUS UNION? Don’t worry legislators, we went to the trouble for you, while only being flippantly insulting to SOME of the states involved.

This was an alarmingly difficult task for us, and if you disagree with our choices, we welcome your input in the comments.

Both are trying really hard to gloss over the grim realities of cotton production.

Macargo’s pokedex famously boasts that its body temperature is 18,000 F, which is what being outside in Arizona FEELS like.

Literally a “Little Rock.” Eh? Get it?

Champion of large landmasses, seems to have a contentious relationship with water.

Combines a rich maritime tradition with being incredibly rich.

The first state to ratify the Constitiution. If America had a pokedex,
Delaware would be #001.

Palkia is the lord of Space, and Florida has been the launch site for the USA’s space efforts. Plus, they both look like WEIRD DICKS.

Georgia is The Peach State and Magmar’s forehead resembles a peach.

A round, juicy peach.

Like Bellossom, Hawaii is also marketed based on a crude understanding of Polynesian culture.

Dugtrio are round brown things that can be found underground, much like potatoes, Idaho’s most famous export.

Nyeh see, this is a cheap reference to organized crime! Nyeh!

Both contain a frightening amount of pork.

Kansas is known as the “Sunflower State” AND has the highest amount of wheat production, so this little guy seems like a perfect match.

Listen, I’d like to tell you that this state was more well-known for something besides piping-hot chicken… I really would.

On the surface, it looks like a fun, colorful place… but you quickly learn that it’s full of dangerous, terrifying magic.

Big, hard to tame, and delicious with melted butter.

There’s some delicious crab to be found here, but only if you’re willing to dig through some nastiness first.

Powered by advanced biotechnology, has an incredibly short temper, and basically thinks it’s the perfect lifeform.

Cherubi is the only pokemon with its own Upper Peninsula.

Gentle to your face but savage behind your back, Mawile is the perfect avatar for “Minnesota Nice.”

Uncomfortably moist, but gets credit for being the originator of the “blues.”

You’re telling me this state’s biggest city is called “Kansas City?” What a bizarre fake-out!

Separated by color and ready to explode at any minute.

Home of the National Bison Range, it’s literally where the buffalo roam.

Wooly Mammoth fossils have been discovered in almost every county in Nebraska.

Like Meowth, Nevada also survives thanks to a desperate barrage of rapid-fire coins.

Ralph Baer, the “inventor of videogame consoles” started working on his first prototype while working for a defense contractor in New Hampshire.

Wants to be known for its beautiful foliage, but can’t shake the reputation of its terrible odor.

What better way to represent New Mexico than a goofy turqouise knick-knack?

Don’t be fooled when you visit New York City. Those aren’t pokemon, they’re literal bags of garbage strewn about on every corner.

The only place to go for barbecue pork with a little extra TWANG.

Ohio is known as “The Buckeye State” after the seeds of the buckeye tree that look… exactly like this underused pre-evolution.
It’s also home to the Rock and Roll Hall of Fame.

Oklahoma’s state flag bears a round shield, and the state itself has a convenient handle.

Portland is an adorable city that happens to be haunted by the ghosts of millions of trees.

Like this two headed dragon-type, the cities of Philadelphia and Pittsburgh also can’t stop fighting from opposite sides of the state.

Gorgeous, even though it is hilariously tiny.

Known as “The Palmetto State”, South Carolina is also a popular destination for Spring Breakers, who often look like this by the end of their celebrations.

The city of Nashville is the prime destination for baby-faced singers with massive egos.

This pokemon is a natural fit for a state that leads the nation in energy production… and in number of venomous spider species.

Utah has the highest rate of church attendance in the country. The fact that this church shares a belief in magic metal plates has nothing to do with anything.

The Green Mountain state is represented by this towering grass type because there isn’t a “cheddar cheese maple syrup-type” pokemon.

Virginia prides itself as “The Mother of Presidents” because the state is the birthplace of 8 former Commanders-in-Chief (though it’d be tied with Ohio if you don’t count Wiliam Henry Harrison).

I would have said it was impossible to illustrate the concept of “highest rate of type-II diabetes” with a pokemon, luckily Gen 6 came along and remedied that.

All that cheese has to come from somewhere.

Wyoming is the home of a breathtaking geological formation known as The Devil’s Tower
and former Vice President Dick Cheney. 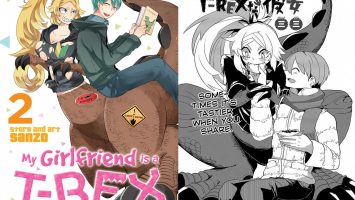 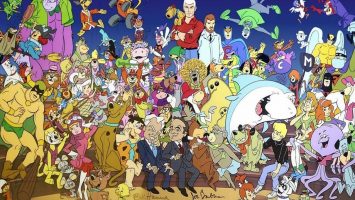