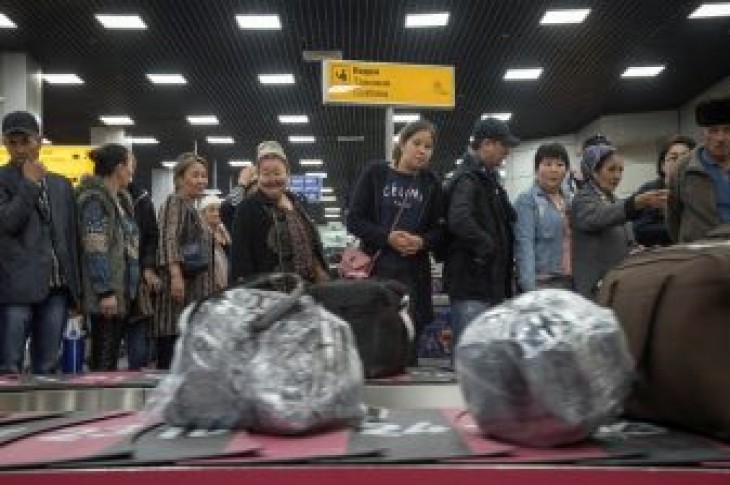 Moving hundreds of items every trip in trademark Chinese plaid bags which at times have clogged airport luggage belts, informal traders – mostly women in their late forties and fifties – hand them over to relatives or local partners to be resold for up to five times the purchase price.

Dressed in traditional Central Asian garb such as headscarves and long skirts, these women arrive on almost every flight from Ashgabat to Almaty, Kazakhstan’s biggest city.

Textiles are among the few items manufactured domestically from local feedstock and prices for items produced by state-owned companies have remained stable for years even as the Turkmen manat lost four-fifths of its value on the black market due to Turkmenistan’s falling gas export revenue.

A deal to resume gas exports to Russia this month brought hope, but turned out to be small and short-term.

Turkmenistan, where president Kurbanguly Berdimukhamedov rules with an elaborate personality cult, is one of the world’s most closed countries.

There are no opposition parties or media critical of the government and Berdymukhamedov, often referred to as Arkadag (Protector), wields sweeping powers.

Turkmenistan rarely allows visits by foreign journalists and the textile trade offers a glimpse into the depth of its economic problems.

The trade attracted the attention of Almaty airport officials this year when luggage from Turkmenistan started clogging its belts. The planes, it turned out, were stuffed with textiles.

“My daughter trades at a bazaar (in Kazakhstan) and I bring her goods little by little… which I buy from our (Turkmen) stores,” said a Turkmen woman picking up bags from the luggage belt in Almaty, Kazakhstan’s commercial hub.

Like all other people involved in this informal textiles trading, the woman spoke on the condition of anonymity because traders like her dodge customs duties by claiming their goods are personal belongings not meant for resale.

“There were parcels weighing over 50-60 kilograms (110-130 pounds) each,” said Marina Zabara, a complaints inspector at the airport.

Oversized parcels have since disappeared but the flow of textiles continues. A Reuters reporter saw Turkmen travelers pick up parcels of textiles upon arrival in Almaty this month.

“A woman from Turkmenistan moved to our village last year and offered us to sell their textiles,” said a Kazakh trader working at a market on the outskirts of Almaty. “Her mother brings the goods as luggage, as many items as she can.”

The official exchange rate of the manat is 3.5 per dollar, but on the black market a dollar fetches 18.6 manat.

A Kazakh citizen who used to live in Turkmenistan told Reuters that by buying out luggage allowances from other travelers and bribing airline officials, a “shuttle trader” can move up to 200 kilograms (441 pounds) in one trip. 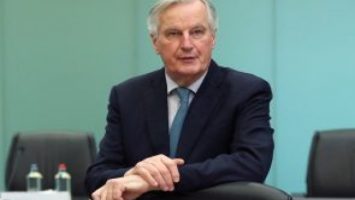 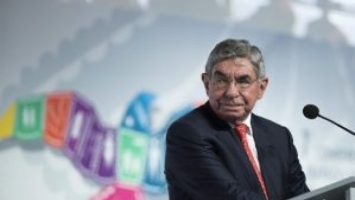