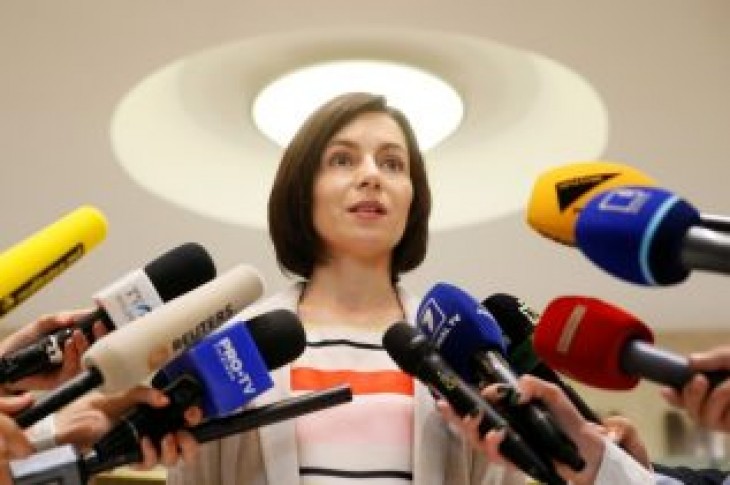 CHISINAU (Reuters) – Two rival Moldovan governments held simultaneous cabinet meetings and accused each other of trying to usurp power on Monday, deepening a crisis brought on by an inconclusive parliamentary election in February.

Over the weekend, the leaders of the pro-European Union ACUM bloc and the Russian-backed Socialist Party agreed to form a government aimed at fighting corruption and keeping a party run by tycoon Vladimir Plahotniuc out of power.

But Plahotniuc’s Democratic Party refused to recognize the new government and insisted that Pavel Filip, the prime minister who led the government until the election, was still in charge.

The crisis threatens more instability in one of Europe’s smallest and poorest countries, where the West and Russia vie for influence.

The United States, the EU and NATO urged both sides to show restraint. Russia welcomed the formation of the new government and hoped matters would stabilize soon.

ACUM leader Maia Sandu was sworn in as prime minister over the weekend and her government convened in parliament, while Filip’s cabinet met in the government building, which was blocked off by police officers and Democratic Party supporters.

“This situation in the country will continue as long as the Moldovan oligarch Plahotniuc, who has captured all state institutions, is in Moldova,” Sandu said.

“We don’t want to aggravate the situation. I hope that those who are trying to usurp power are aware of their position and will leave voluntarily.”

In his rival meeting, Filip urged state institutions to continue to function normally. “Citizens should not suffer because of the political crisis,” he told assembled ministers and government agencies.

Sandu’s agreement with the Socialist Party broke months of deadlock after a February election produced a hung parliament.

But a Constitutional Court ruled that Sandu’s side had missed a deadline to form a government and that the country should hold a snap election.

Sandu and President Igor Dodon, the former Socialist Party chief, rejected the verdict of the court, which they said was not politically independent.

Moldova has been dogged by political instability and corruption, especially since a scandal known as the “theft of the century” emerged in 2014-2015 in which $1 billion, around an eighth of its economic output, was pilfered from three banks.

The ex-Soviet republic of 3.5 million people is squeezed between Ukraine and EU member Romania. Politically divided, some of its voters favor closer ties with the EU or even reunification with Romania, while others prefer closer ties to Russia.

While Sandu and Dodon have made common cause against Plahotniuc, their political leanings diverge.

A former World Bank adviser and education minister, Sandu aspires to Moldova becoming an EU member. Dodon meanwhile does not and has previously criticized a political and trade agreement with Brussels forged in 2014, saying it hurt ties with Russia.

The EU has showered Moldova with aid but has become increasingly critical of Chisinau’s track record on reforms.

Dodon was briefly suspended by the court on Sunday so that Filip could become acting president and issue a decree for a snap election, an order which Sandu and Dodon will ignore. 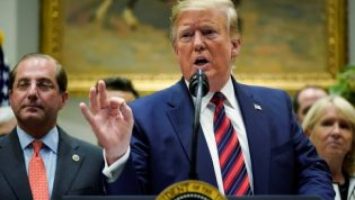 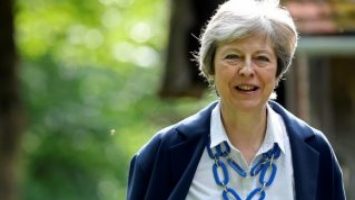