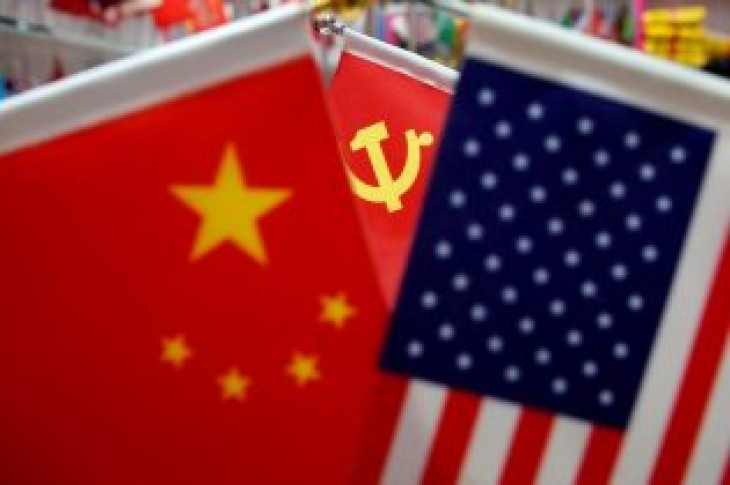 LONDON (Reuters) – After almost three years of successfully predicting a global economic revival, world bond markets are furiously flagging the risk of yet another recession, as well as low inflation for a generation.

Spooked by the escalating U.S.-China trade war, long-term interest rates embedded in government bond markets – widely seen as the most accurate predictors of future economic activity and inflation – have relapsed into deep troughs.

U.S. Treasury yields have plunged 50 basis points in seven weeks, while sub-zero German 10-year bond yields are at record lows. In Japan, Britain, Switzerland and France, borrowing costs are at their lowest since 2016 – when financial markets were hit by a combination of blows including Britain’s shock decision to leave the European Union and an economic slowdown in China.

Recession is not a given. Bond markets may be pointing that way but some other indicators, such as equity markets, are not as bearish. However trade tensions, also including a recent U.S. plan to impose tariffs on Mexico, may be what’s making the present slide in bond yields different.

“We have to pay attention,” said Franck Dixmier, global head of fixed income for Allianz Global, which manages more than $560 billion in assets.

“We know from experience that bond markets are quite good at predicting future economic developments and what’s being priced in more and more is the consequence of a clear escalation of trade tensions.”

Expectations for future inflation globally have tumbled as a result of fears about slowing growth, or recession, at a time when major central banks have limited ammunition following years of ultra-easy monetary policy. Britain is an exception because of Brexit.

The most prominent bearish signal for economic growth is coming from the U.S. bond curve where the 3-month/10-year yield curve is near its most inverted since 2007 – the months leading up to the global financial crisis.

An inverted curve, where long-dated yields are below short-dated ones, has proved a powerful recessionary indicator.

In a strong sign that markets are bracing for rate cuts, most of the U.S. curve is below the target range for the Federal funds rate of 2.25–2.50%.

“The yield curve is still a very good indicator because when you look at the curve and the correlation between this and macro economic variables, this hasn’t changed for 20 years,” said Pictet Asset Management chief strategist Luca Paolini, adding that a recession, but not a deep one, was likely.

But reading the bond market tea leaves is not easy.

The predictive power of the U.S. bond curve has been hurt by the prolonged easy monetary policy and demand for bonds from institutional investors such as pension and insurance funds. That’s played a part in suppressing long-dated yields, making it easier for the curve to invert.

U.S. unemployment has always risen before recessions but is currently near 50-year lows. Equities are holding up well, as are the riskier sections of the corporate bond market.

Economic data too, while disappointing, has not been dire in the United States; the Institute for Supply Management’s (ISM) manufacturing activity index is at its lowest level since 2016, but above the 50 mark consistent with expansion.

BlueBay Asset Management’s chief investment officer Mark Dowding notes that in 2016 – when fears about weak global growth and inflation last gripped markets – the ISM plunged to 48 and oil prices slumped to around $30. Now oil prices, while at 4-month lows, are double the levels three years ago.

But the deep trade tensions at play today could make this situation different, according to analysts and investors.

While markets had, until last month, broadly expected a constructive outcome, Neil MacKinnon, global macro strategist at VTB Capital, said that “now, investors see the dispute as part of a larger, more complex, long-term hegemonic battle and for markets that is more dangerous and uncertain”.

The International Monetary Fund, meanwhile, cut its world growth forecasts this week and Germany’s central bank also slashed predictions for the country’s economy, expecting it grow this year by just 0.6%.

Some central banks have moved to easing mode already – New Zealand, Australia and India have cut rates and even Fed officials have raised that possibility.

“Against that backdrop (of rate-cut bets) we have to ask, is that consistent with investors thinking the Fed is fine tuning policy or is there a fundamental economic backdrop that’s far worse than we had thought?” said Sunil Krishnan, head of multi-asset funds at Aviva Investors.

“Some of the buying interest in Treasuries is taking the more pessimistic view.”

European Central Bank chief Mario Draghi this week sought to reassure investors the bank was ready to act if needed, even holding out the prospect of more rate cuts or resuming bond-buying stimulus

And the pool of negative-yielding bonds globally has swelled to over $10 trillion, banks estimate.

A key market gauge of euro area inflation expectations is at record lows below 1.25%. The ECB targets an inflation rate of just below 2%, but it has undershot this since 2013. And that’s after unprecedented stimulus.

“It seems to be very difficult to see inflation going above target on a 5-10 year view,” said BlueBay’s Dowding.

And even if trade tensions, and with it global recession fears ebb, other uncertainties – Brexit, Italy’s budget clash with the EU – suggest bonds will hold their cachet for some time, said Dixmier at Allianz.

“There is one thing I know,” he added. “And that’s that I don’t want to be short of German Bunds at this stage.” 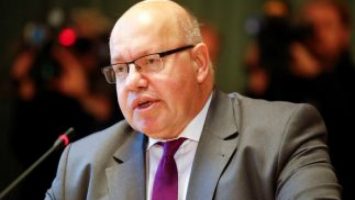 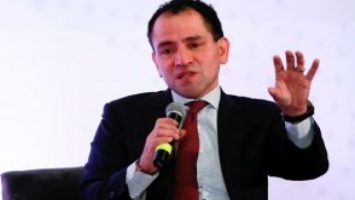